What's been happening in the world of Supreme Songs.

Philadelphia rapper, songwriter, and producer Tunji Ige (born Olatunji Ige) began creating music while he was just a teenager with a laptop "in a basement in Pennsylvania."

Inspired by rappers like Kanye West, Kid Cudi, Common, DMX, and Jay-Z, Ige was also influenced by the electronic textures of Disclosure and James Blake, the soul of Donny Hathaway, and the Afro-beat of Fela Kuti, the latter a direct nod to his Nigerian parents.

On his breakthrough 2014 single, "Day2Day," he wove these varied influences into a viral hit that transformed a trap-influenced rap track into a progressive house anthem.Released while he was still a student at West Chester University, the song appeared on his self-produced debut mixtape, The Love Project, a coming-of-age story that focused on topics like relationships, rebellion, and social pressure. In 2016, Ige issued Missed Calls, which was co produced by Noah Breakfast (Chiddy Bang).

Tunji went on to being Grammy nominated in 2017 for his co-produce / co-write work on the multi-platinum single "Location" by Khalid , as well as co-writing “No Harm Is Done” a multi-territory hit for Christine and the Queens a year or so later.

Tunji has ended his tenure at Atlantic to focus on production and now is back re-emerging where he left off as an artist with his own production company / brand “Proper Enjoyment”.

Supreme is delighted to announce that Tunji via his publishing company Brain Habit has signed a pan territory publishing administration deal! 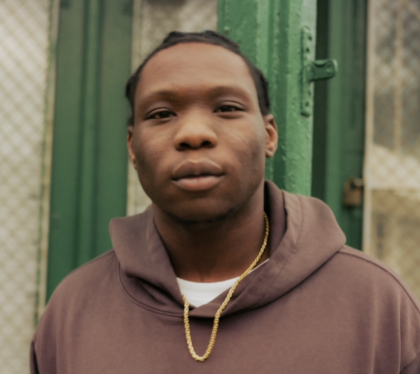 Joyce Sims is an American musician, singer and songwriter. She is the legendary voice behind the Billboard Top Ten hit "Come into My Life".

From her beginnings singing in the local church choir, it was clear that Joyce Sims’ voice stood out from the crowd. Her first hit single "(You Are My) All and All" in 1986, produced by Kurtis Mantronik reached number 16 on the UK Singles Chart. It entered the US Dance Chart at number 51, and peaked at number 6. Sims followed up in 1988 with "Come into My Life", a song she wrote and performed that has become a veritable anthem, peaking at number 10 on the US Billboard R&B singles Chart and number 7 on the UK Singles Chart. This became her biggest success and the track with which she has become synonymous.

Both “All and All” and her remake of "Love Makes a Woman" with Jimmy Castor were also chart entries. Sims' debut album, “Come into My Life” reached number 22 on the US R&B Album Chart and number 5 in the UK Album Chart.

Following the Top 10 success of the title track on the UK Singles Chart, Sims' second album, "All About Love", was released in 1989 and reached number 64 on the UK Albums Chart.

The 90s and onward continued to see Joyce releasing new, self-penned music, as well as collaborations with the likes of Junior Vasquez and Maxi Priest, with artists such as Angie Stone, Snoop Dogg, and diverse musical icons such as jazz vocalist Randy Crawford paying tribute to Joyce Sims’ influence by sampling her work. Her work was also featured in the film "Species".

Sims’ album "Love Song" was released in 2015 on her own imprint, August Rose Records. Lewis Dene, USA East Coast Manager for Kings of Spins DJ pool described the debut single "All I Want Is You" as " Totally refreshing, original and really addictive !" The single went straight to the top of the Kings of Spin DJ record pool chart and New York City 107.5 WBLS DJ Sir Charles Dixon charted the single “Love Song” Afro Hut remix at #1 on his Traxsource top 10 chart.

Joyce Sims is a universal music icon. She demonstrates time and time again that she can deliver whether it is superb live performances or incredible releases.

In 2022/23 Sims will play live dates across the US, UK, and Europe. She is currently in the studio recording her forth-coming album “Change” for release in the summer of 2022 and her new single “What You Won’t Do For Love will release July 25 2022.

Supreme Songs is delighted to welcome Joyce to our clients roster for publishing administration of her catalogue for The World including the reversionary rights to her 80's hit as reversion takes place. 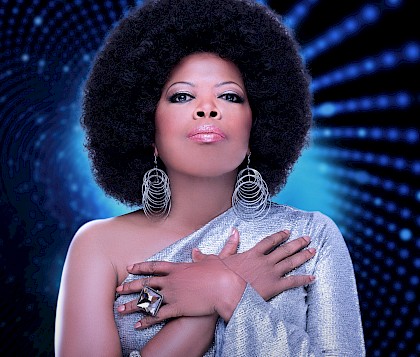 Gilbert “Gil" Askey was an American jazz trumpeter, composer, producer and musical director who was born in Austin, Texas and studied music at the Boston Conservatory of Music and the Harnett School of Music in New York.

As a Jazz Trumpeter he performed with many famous musicians, some of the biggest jazz legends, including Dizzy Gillespie, Miles Davis, Duke Ellington and Count Basie, and even did a duet with Billie Holiday.

Arriving at Berry Gordy's Motown empire in the 1960's he worked as a musical director for many well-known acts, including Diana Ross, both with and without The Supremes, the Four Tops, The Temptations, Stevie Wonder, The Jackson 5, and Gladys Knight amongst many others.

Askey was considered to be "one of the architects of the legendary Motown sound". Berry Gordy often called Askey "The glue that kept everything together".

His production credits include arrangements for The Four Tops, Diana Ross, Curtis Mayfield, The Jones Girls, The Impressions, Jermaine Jackson, Linda Clifford, Keni Burke, Mavis Staples, Leroy Hutson, The Temptations, The Dazz Band, Hi Inergy, Aretha Franklin, Gladys Knight & the Pips and Jazmine Sullivan, many of whom he also performed for on their albums.

After emigrating to Australia in 1988, Askey returned to performing in 1993 .

In Melbourne, Askey taught and mentored young aspiring musicians. He also toured and played many regular gigs and jazz spots around the country right up until his death in 2014.

In 2010, Askey acted as music consultant for Motown's 50th anniversary international tour with the Four Tops, the Temptations, Mary Wilson of the Supremes and Martha Reeves.

At the time Askey was quoted as saying ''they called me because I know everybody, and I have written music for all of them'.

Supreme Songs is delighted to have reached a World ex North America administration agreement with the Askey Family for Andrask Music - Gil Askey's publishing company which controls his written output including the Curtom Records releases written or co-written with Curtis Mayfield including modern soul classics by Curtis himself, and Linda Clifford with sample uses on countless recordings including artist such as Mary J. Blige, Röyksopp, Jazmine Sullivan, Snoop Dogg , and Megan Thee Stallion. 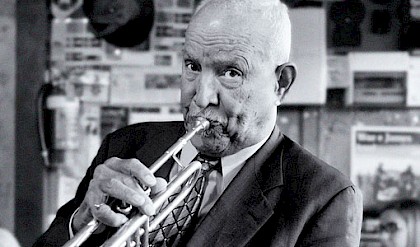 Erran Baron Cohen is an award-winning composer, songwriter and music producer whose work has encompassed a wide variety of projects including Film and Television scores, Album releases, Orchestral commissions and Musical Theatre.

His first steps toward a career in music began when Erran took to the trumpet aged eight. He also taught himself piano and performed at the Royal Albert Hall as a teenager playing trumpet and with his school choir when he was 12. A trumpeter, he studied music at Guildhall and Goldsmiths in London. He has been drawn to an eclectic range of music influences – from classical to soul, jazz to Jewish cantorial music, electronic dance music to gypsy music (a genre close to klezmer). His hunger for exploring and experimenting with all kinds of music has helped him cross genres when writing film scores.

As a songwriter and recording artist Erran has released two critically acclaimed albums with his band Zohar, an electronic/ambient group whose music is infused with middle-eastern textures and a solo album Songs in the Key of Hanukkah via New Line Records.

Erran works out of his studio in London and whilst this is his official residence, Los Angeles and Sydney feature regularly on his itinerary.

Supreme Songs is delighted to announce that Erran has signed a global administration deal for his publishing rights that are retained by himself. 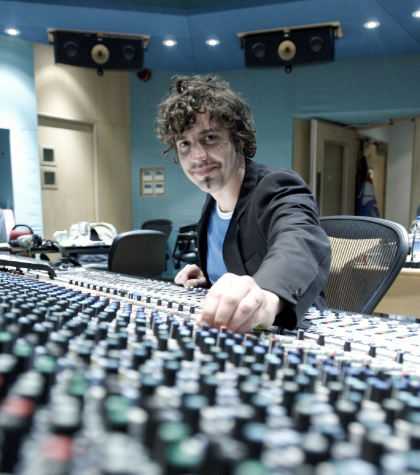 DJ, Writer & Producer Chris Bangs is super busy in 2022 setting up his new Acid Jazz album with The Style Council's Mick Talbot "Back To Business" for release in June , following soon after with a new solo album.

Chris has had an extensive global career in the music industry. Releases in the USA, Japan, Europe combine with countless UK releases. Writing and Producing music for Film and TV for many years with music in major brand ads, films and countless TV shows in the USA, Chris's extensive musical experience also takes in a long career DJ'ing, music publishing, running his own record labels, sync licensing and the administration of an extensive catalogue of masters for licensing.

Where did it all start...Rare Groove ... acid jazz ... hippy house... Talking Loud ... the Balearic beat - all influential sounds, scenes and styles that went off with a BANGS !

Chris Bangs has been a pioneering and inspirational figure in the British underground dance scene of the 80s and 90s and helped to light up the burgeoning black music dance scene of the early eighties. Bangs' name became associated with many celebrated events - from The Special Branch events, to his own legendary Bournemouth Bank Holiday sessions, the Soul Weekenders and even the original Corfu and Ibiza's 'Summers of Love'.

Towards the end of the 80s, Chris really hit pay dirt as a musical trend-setter with the invention of Acid Jazz genre and as a producer and artist responsible for many early recordings on Eddie Piller's Acid Jazz label and Gilles Peterson's Talkin' Loud (producing Galliano's celebrated debut album) Chris also set up his own studio and production company, Thin Air. His talents were soon spotted outside of the acid jazz scene with Paul Weller utilising Chris's production skills. This liaison led to a partnership with Weller's former Style Council-er Mick Talbot as SoundscapeUK - one of a whole range of projects marked by the Bangs stamp that have secured commercial and critical acclaim.

Today, Chris can be found in his studio surrounded by his records and a host of musical collaborators so don't be surprised if he's too busy to talk. Instead, try asking the aforementioned Piller, Weller, or Peterson as well as the likes of Paul Oakenfold, Pete Tong, Nicky Holloway, Danny Rampling and many more for a genuine endorsement of one of our true pioneers.

Supreme Songs is delighted to welcome Chris to our roster and administrate his publishing worldwide well into the 2020's! 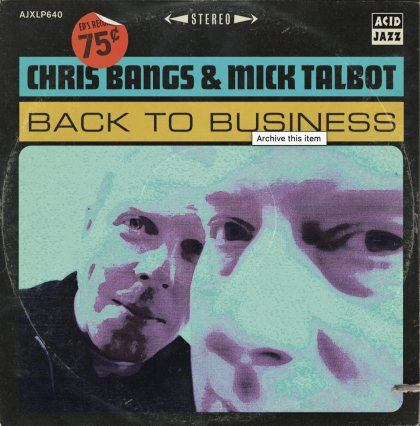